SEQUOIA CAPITAL IS MOST ACTIVE IN Q1’15

Sequoia Capital, which includes all of their Asian affiliates, was the most active investor in Asian VC-backed Tech companies. The fund’s China arm invested in four $100M+ rounds to companies including Ele.me and Zhaogang, among others. IDG Ventures and Matrix Partners rounded out the top 3. 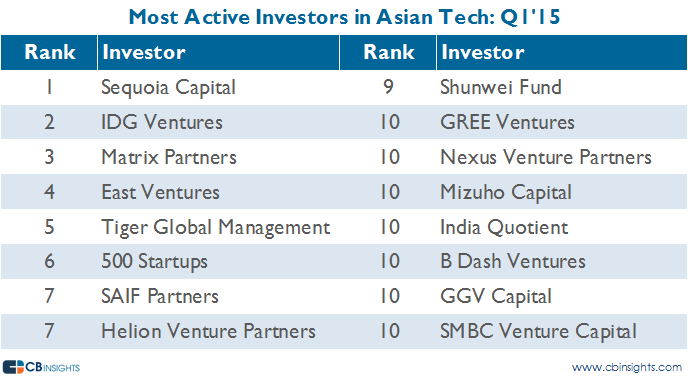 After a blowout Q4’14 which featured six $500M+ rounds, Asian VC-backed tech companies came slightly back down to earth, raising $4.8B on 247 deals. The funding total is still the second highest total since 2013, up 95% versus the same quarter a year prior.