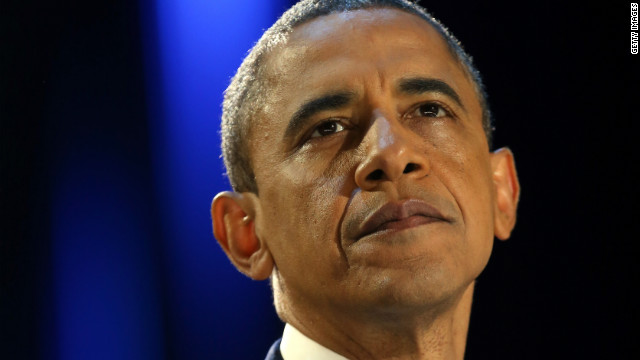 (CNN) -- Re-elected U.S. President Barack Obama must do more to engage with "frustrated" big business in his second term, according to Martin Sorrell, chief executive of the world's largest advertising agency.

The boss of WPP -- a multinational marketing and public relations company -- told CNN: "As a foreign observer, I can't recall any male or female CEO saying they wanted Obama to win. Very few did.

"Business is looking for closer engagement with the administration," he added.

Sorrell also said that corporates will be watching closely how the Democrat president handles the country's looming fiscal cliff. U.S. lawmakers face $7 trillion worth of cuts to spending and tax increases over a decade, which could significantly impact on the U.S. economy and its credit rating.


The presidential election in the U.S. and the economic slowdown in China has created a cocktail of uncertainty, according to Sorrell."The key issue is the fiscal cliff, as close as January 1... We have to wait until the inauguration, until the administration is put into place."

This, along with instability in the Middle East and a struggling eurozone, added to an already nervous corporate sector.

Sorrell said: "We've seen considerable uncertainty, particularly in the third-quarter, many companies-missing their top line forecasts if not their bottom-line forecasts."

There was a "quantum change" in clients' attitudes toward discretionary spending in the third quarter of the year, he added.

But the British CEO -- who formerly worked for the Saatchi brothers -- sees investors becoming more "bullish" over the prospects for the U.S. in the long-term.

Sorrell noted there were also "two big positives for the U.S. over the next 20 years." There were self-sufficiency in oil and gas and the competitive position in manufacturing, he said.